that is a positive impact to the world

How we operate
and our products
and services 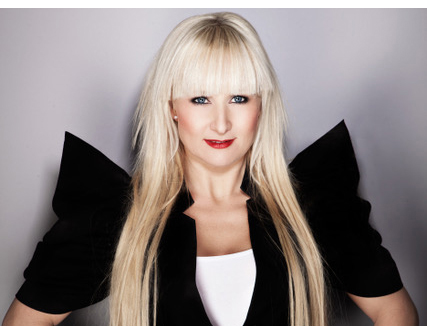 IdaP Group of companies was founded by me, Åsa Ida Persson, also known as IdaP, and I have long and broad experience of working with large multi-national companies at both global and local level.

My passion is to take companies to the next level in the consumer value chain. I specialize in creating, managing and developing 360° concepts and worlds for clients and take these concepts from creative idea to launch. I am also an experienced advisor to executive teams on communication and business development issues. And then, one day, a pivotal event happened in my life…

I was in a near-fatal car accident. Being close to death, I was suddenly plagued by questions such as

These questions literally hit me in the face. At that moment, I decided what kind of woman I wanted to be. And that was when I started to build a global media and edutainment provider that is a game changer in the entertainment industry, with the aim of developing an infrastructure and producing 360° concepts, whole ecosystems, that are a force for positive change.

Since the car accident, I have been working on The IdaP Group’s self-produced 360° concept, IdaP. At the heart of the concept is a core message, trust your wings, and a belief in the superhuman power that exists in all individuals. Instead of having a nice pay off, I decided to be a real human being acting out the message of “trust your wings” in real life. I will not only play the main character in movies etc, but I am also the creator of the concept and the author of the story.

Take a look at 360° concepts if you would like to learn more about IdaP.

As strange as it may sound, the car crash inspired me to use my business experience and commitment to create a global 360°concept that is a force for positive change and an innovation that makes a real difference in the lives of others; a concept that moves hearts and minds.

But my background in working with companies’ brands also means that I always need to be up to date on what is going on in society and keep a close eye on what the next big business opportunity is.

When I started developing the IdaP concept, I was grounded in the realization that we have entered a new era. Technology has transformed the world we live in, and the consumer has changed with it. Whether we like it or not, technology is the great equalizer in so many ways. Sustainability and long-term profitability are now complex issues for brands and the consumer is drowning in products and communication. We live in a flimsy and unsustainable world. That made me start to analyse today’s society and the new attitudes and values that “modern people” have in even greater depth.

My conclusion was that the world doesn´t really need “another” advertising or gaming company and we can´t work as we used to. The consumer is looking for self-fulfillment and is driven by a desire to learn something in combination with great entertainment. Nowadays, there is an increased demand for more meaningful and authentic values in business models. I decided to act on my belief that good content well told can truly make a difference to how someone sees the world. And what you give, you get back. To build a strong and long-term relationship with the consumer, we need to work with a deep sense of humanity that inspires social change and seeks to entertain, encourage and empower every individual to take action.

That´s how our own 360° concept and intellectual property IdaP was born.

I have now put together a team of believers who I hope will proceed to eat, sleep and breathe IdaP!